The San Francisco De Young Museum is currently host to an exhibition of Jean Paul Gaultier’s couture, which is most spectacular in both creativity and execution. Gaultier’s creative genius as a fashion designer started at an early age where he was influenced by strong women including his mother and grandmother and developed a fascination with women’s corsets. Gaultier has no formal training as a designer and became a protege’ of Pierre Cardin in 1970 after sending sketches of this ideas. He became famous through his transcendence of traditional gender roles which includes the corset and his signature conical breasts. The exhibition features runway models with holographic faces that move, talk, blink and talk to you as you move by them, it is a must see for any fashionista.

Is Ultherapy® Treatment the new Facelift?

A new ultrasound therapy (Ultherapy® Treatment) against sagging skin has hit the market and has so far generated quite a bit of hype. It has been FDA approved for brow lift and promises to be a new form of painless facelift. Visit the Ultherapy® Treatment website to learn more about this treatment and watch the video: Ultherapy® Website

Or visit the EpiCenter to read up on pros and cons: Ultherapy® Treatment

Here is the thing — no matter what anyone tells you, it is not pretty to be emaciated. Keep in mind that depriving your body of important nutrients makes your hair fall out, your nails turn thin, your teeth go bad, and your bones go brittle. And there is nothing inherently pretty about that.

You do not need to become anorexic in oder to be thin. It is quite ok if you want to be thin but don’t confuse being thin with being healthy. Not all thin people are healthy. If you deprive your body of essential nutrients you can become very ill. That makes no sense at all. Being ill is not pretty and nothing to aspire to.

You can be healthy and slim at the same time. Eat healthy foods and exercise regularly, that is something you CAN be proud of because it shows that you value your body.  To stay happy, healthy and slim eat more vegetables, fruits and protein and less white flower and sugar. To see how to follow a healthy diet visit the above website’s Mediterranean Pyramid, which provides an example of how to eat better: Food Pyramid

When is Thin too Thin?

Has the fashion world gone too far in promoting ever thinner looking models to sell their couture? Are children being brainwashed to start dieting at the age of 10? Are advertisers like Prada pushing the limits by using 13 year old teenagers as fashion models? Is Ralph Lauren over-stepping the boundaries by featuring truly anorexic models that have been photoshopped? Is the $65 billion weight loss industry taking over by asking celebrities like Jennifer Hudson to sell their products? Are famous quotes like “No food tastes as good as skinny feels” (from supermodel Kate Moss) promoting movements like the “Pro-ANA movement”? Does being slimmer earn you more money?

Read Jim’s article and watch the stunning images in the photo gallery: 10 advertisers that promote anorexia in their marketing

What is the Pro-ANA movement: The New Cult — Pro-ANA Movement

The photoshopped model above (Filippa Hamilton) got fired from Ralph Lauren because she had allegedly gotten too fat (120 pounds at 5’10) and could thus no longer model the company’s clothes.

Read more about the controversy here: Photoshopped Filippa Hamilton gets fired from RL for being overweight…

I make no bones about the fact that I am a huge fan of Oscar de la Renta’s couture.  I believe the man is a fashion genius and I like nearly everything he creates.  The wedding dresses below are pure eye catching magnificence.  They are light, airy, so immeasurably chic and still lavish enough to take your breath away.  Here are some of my favorites:

The most exquisite store for fashionistas in the city of Vienna is (without a doubt in my mind) Popp & Kretschmer in the Inner City. If you visit Vienna make sure to stop by and indulge in the amazing dresses, matching shoes and purses from mostly top designer brand names. Each ball gown is only made once — so you would be the only person in the whole world wearing it. The cost for these unique gown runs between 3000-5000 Euros (not including shoes and accessories). So, don’t forget your check book. 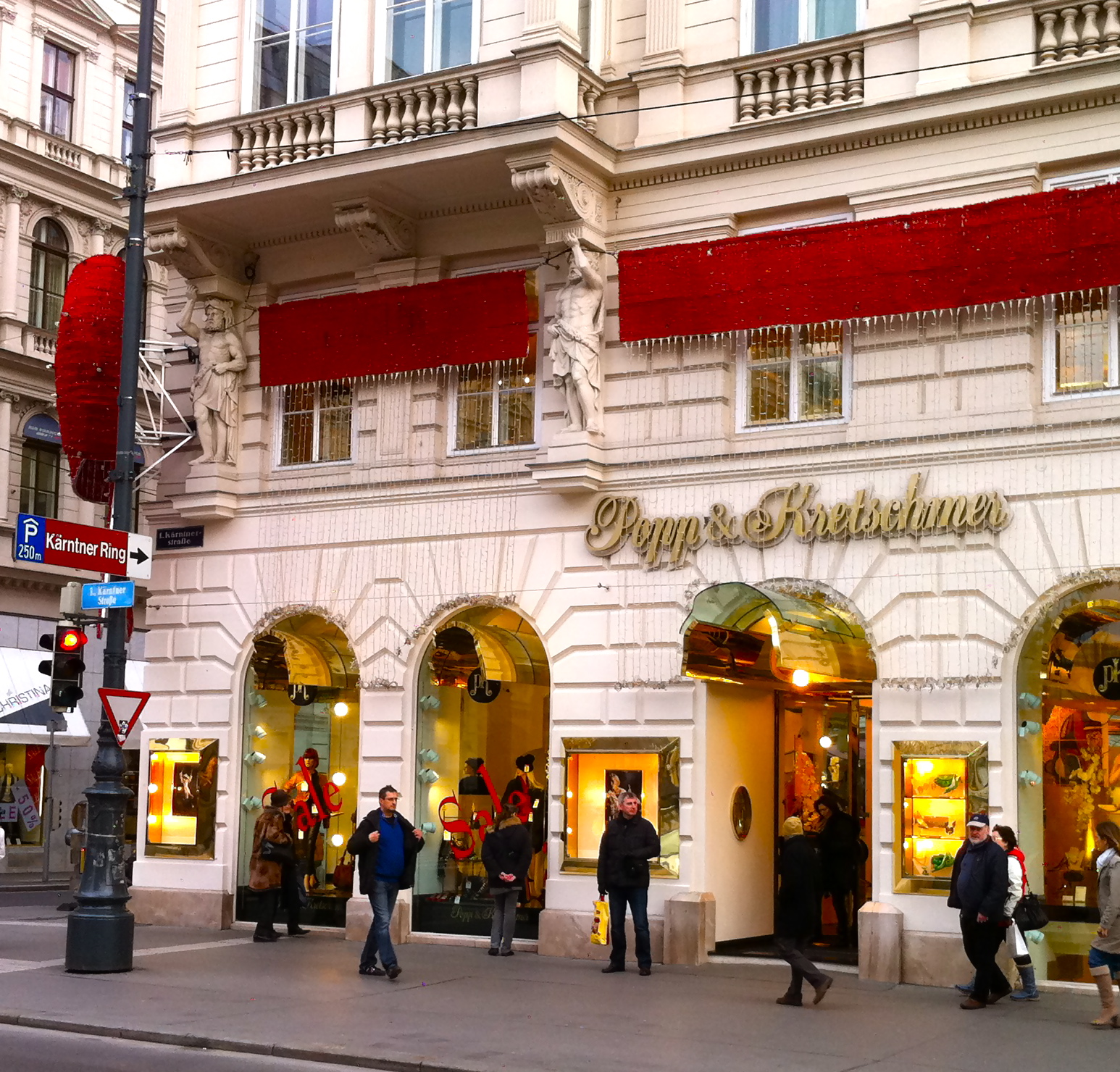 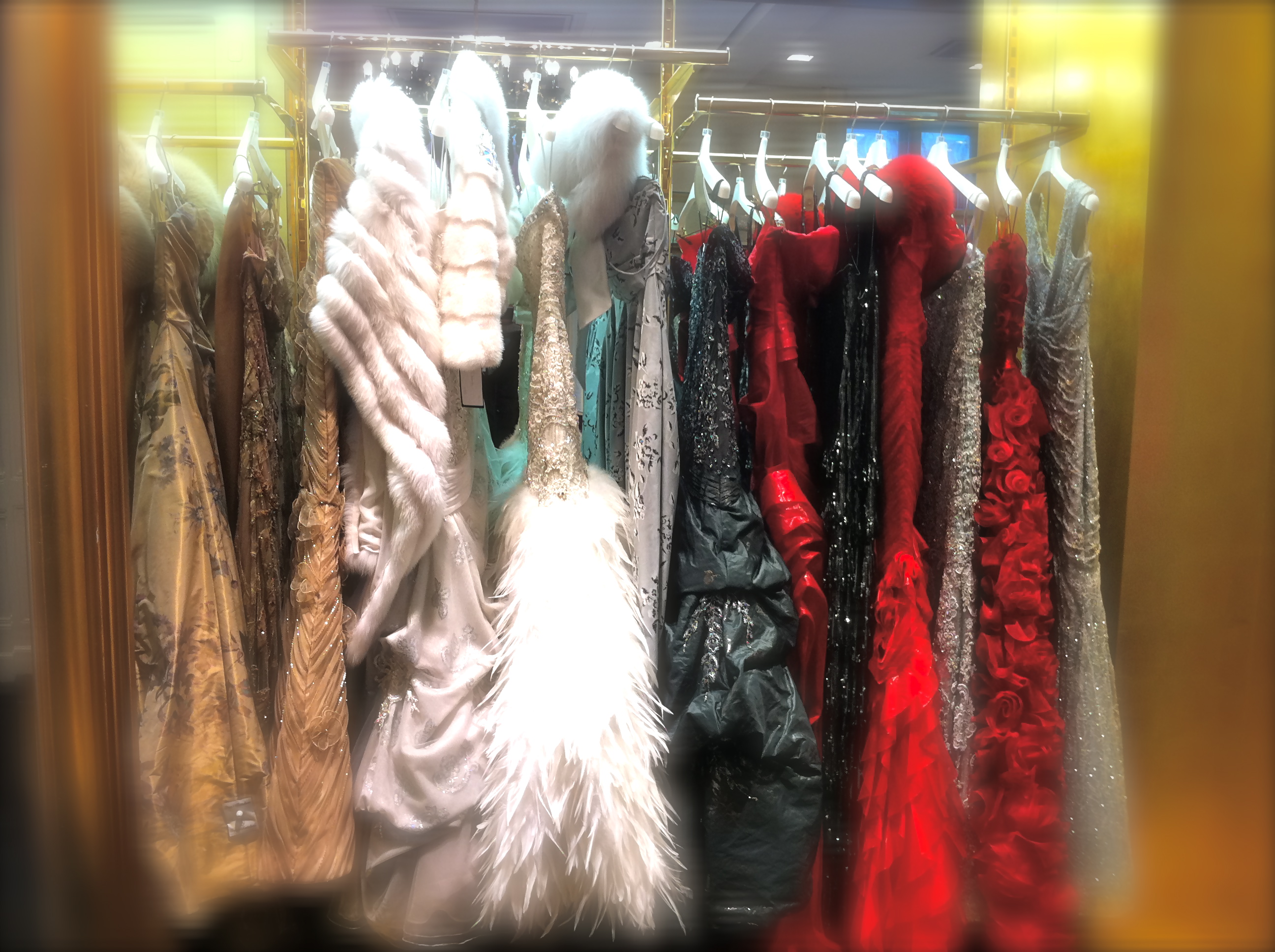 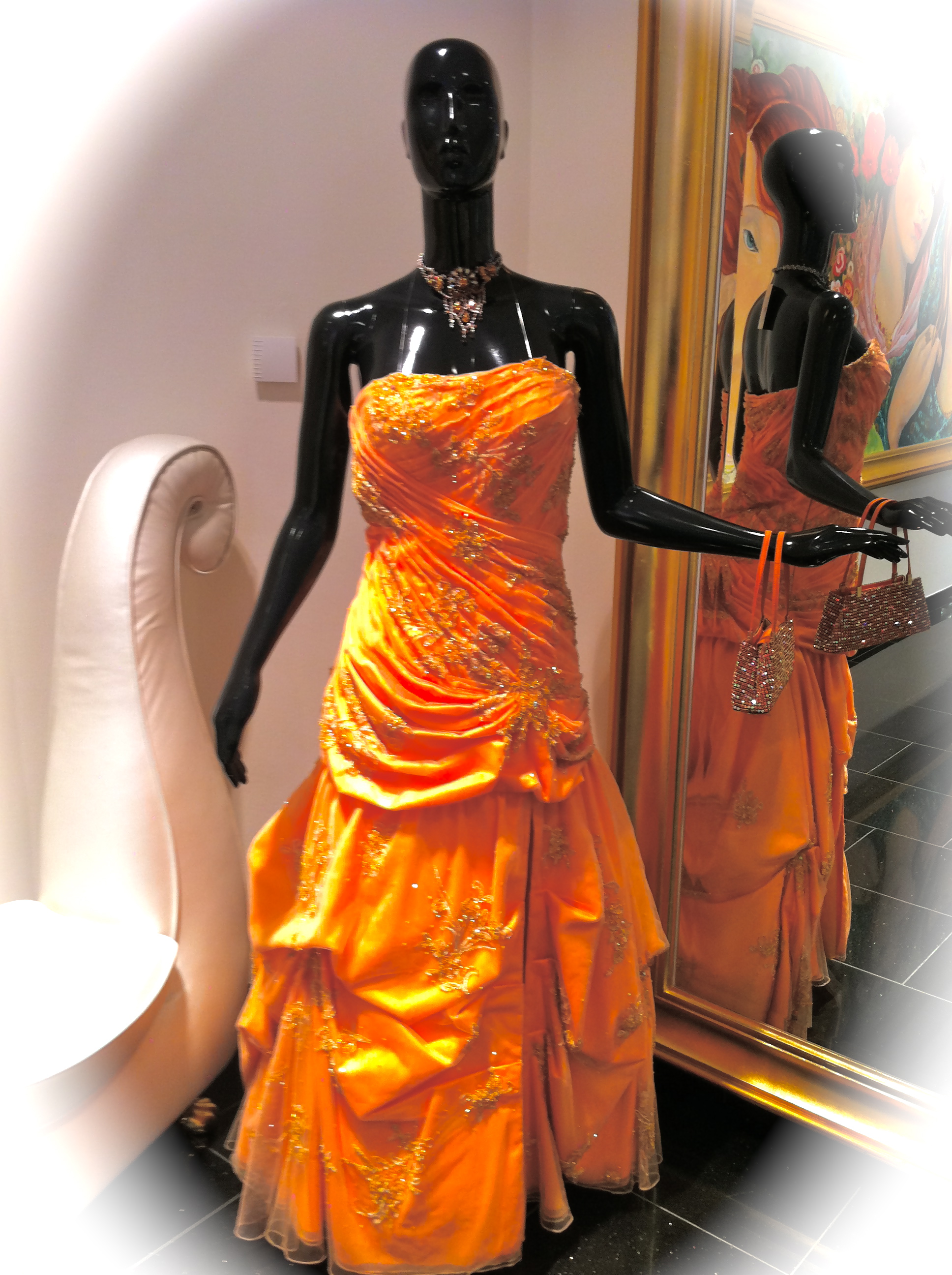 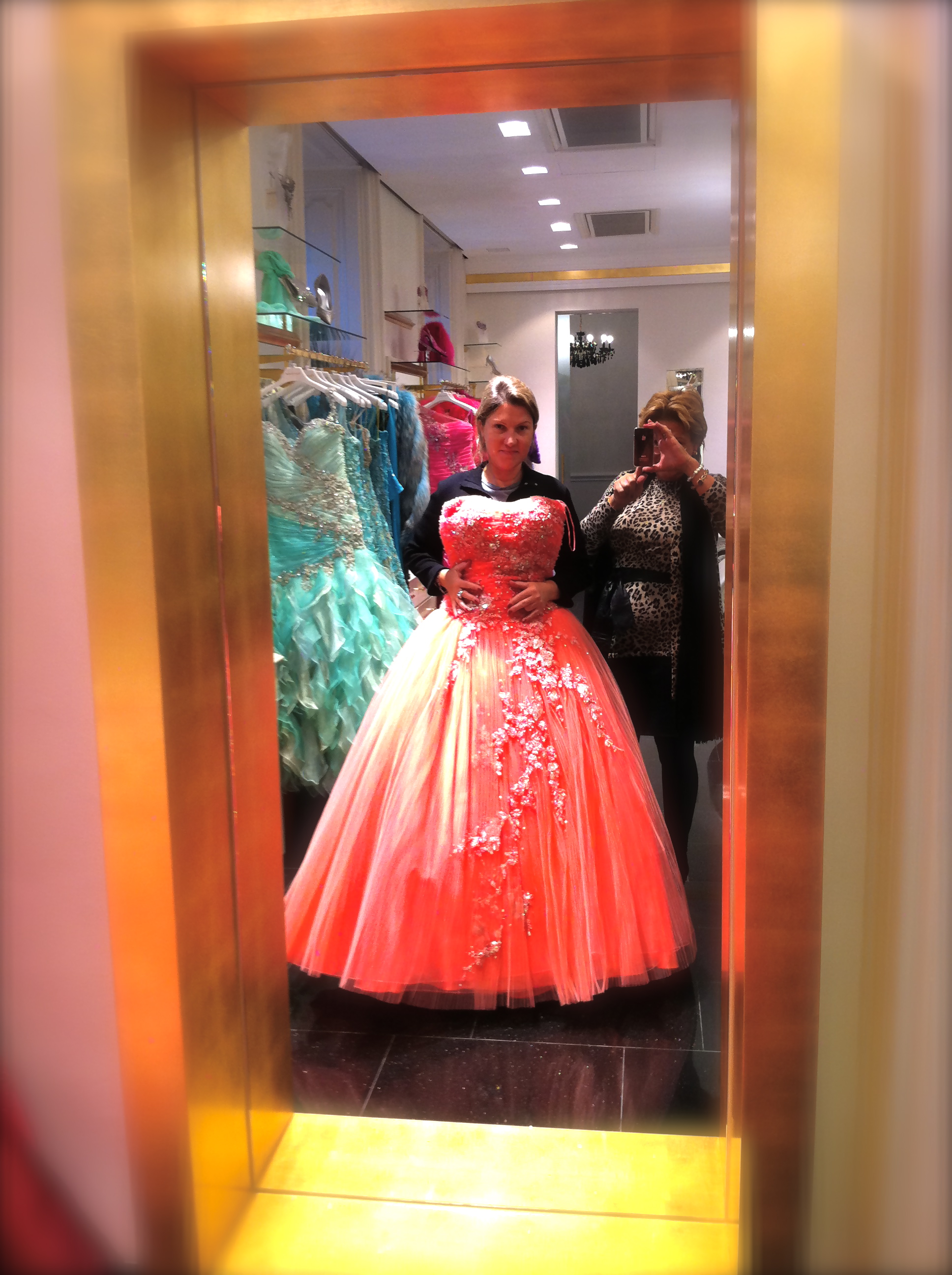 The mediator faces a tough challenge — she represents the final stage before court, the last chance to settle things before the parties head into litigation.  She must instill confidence and trust in her parties upfront and display the idea of possessing nearly endless abilities to settle any dispute peacefully and gracefully  — after all she is the last chance to avoid the worst and she gets one opportunity to make a flawless first impression.  While litigators have minions of paralegals supporting them, the mediator works alone.  It is all on her, no matter how complicated the case.

All parties will look to her as their last option to avoid a fight in court and if they do not instantly sense that she can handle it successfully, they will likely shut down earlier than later.  In a way, super human qualities are expected from a mediator.  She is the magician that fixes the situation gone awry.  Since she is dealing with human beings who have most likely reached the pinnacle of emotional frustration, she needs to be perfect from the get-go as there is not much room for error.

The good news is that by making a solid first impression, she can lower the barrier to success dramatically (i.e., resistance from her parties).  But how?  What really is a first impression?  It is a combination of appearance, speech and demeanor.  The complete picture paints the story for the observer and since the observer is in a heightened state of mind, a bad first impression is not easily forgiven.  Her job becomes much harder if she has to “convince” the parties that she is truly capable rather than owning that assumption upfront.  If she exudes confidence which is directly proportional to her appearance, speech and demeanor she will likely conquer the situation and find a mutually beneficial solution for all.

Besides her brilliance, appearance is enourmously important for a mediator and it must not be underestimated.  If her suit is too big, or her hair too frizzy, or her shoes too dirty, or her speech too unpolished, or her demeanor too shaky, the parties will assume that she cannot save the situation.  A female mediator’s appearance influences her parties enormously as they will immediately draw an initial conclusion upon meeting her (like, “this one looks smart” or “this one looks like she does not have it all together” or “she seems distracted” or “I don’t like her flashy outfit” or “she is just a pretty face”).  Human judgement is so fast and so prejudicial and so devastating to her endeavor that it can ruin her goals from the get-go.

Men impress by default (he is a guy he MUST be competent) but women do not have that advantage in business situations.  Women are assumed to be gracious, beautiful, weak, nice, sweet, dumb, pretty, conciliatory, shrill, difficult….. but not “competent” by default.  But a mediator needs to appear competent upon “Hello”.  She needs to look sharp, smart, well groomed, in control, like a gentle powerhouse.  If she does not wear a well fitting suit she does not even stand a chance to convey that upfront.  Mediation is not the place to show of  a nice fuzzy sweater, granny’s garden pants, or an overly flashy dress —  it will drain all her power right out.

What are you talking about, you say?  You know amazing women mediators who are known in the field and impress by stature alone; they require no fancy suit or shoe to impress anyone.  Your opposition is respectfully noted.  Of course, there are always legends who are beyond all of us mortals.  Once established as a genius mediator, the world lies at her feet.  But for those women who start out in this field, appearance will matter just as much as it matters in court.  The mediator must present herself to near perfection because that is what people will judge her by before she ever even gets a chance to prove that she’s got it.

Posted in Women in the Business World | Leave a comment

Think twice before you get your hair smoothed via this brand-named treatment, research laboratories have tested this brand and found up to 13% formaldehyde in the product despite the company’s claims that it contains none (10% formaldehyde is enough to preserve a dead body; formaldehyde is a major carcinogen): Brazilian Blowout gets blowback from the Federal Drug Administration (FDA)

Read this helpful article by VOUGE on matching your hair color to your skin color: The right hair color for your skin tone!

Don’t be afraid to add some color…

Color is wonderful accessory if you do not overdue it.  The right colors can enhance your skin tone and make you look fresh and happy while the wrong colors can make you look sullen and tired.  Doing a bit of research on what works for you (and what does not work for you) is well worth the time and effort.  Once you know, well, you know.  So, try on different colors and styles and see for yourself.

Below is my favorite visual example (see also “accessorize”), I purchases this Michael Kors dress below and matched it up with a small pink bag (bottom left) to pick up the color in the dress (the color of the pink purse does match the dress pink perfectly in reality).  But any one of the other depicted bags would have worked also; each one brings out a different color in the dress.  Notably, I chose nude shoes to keep it from looking too dolled-up.  I opted for a more sophisticated look by keeping the bag small and the shoes nude.  It would still look fine with pink shoes but since the colors of this dress are so bright you should avoid looking too matchy-matchy (especially in a business setting) and keep it more on the sophisticated side.

You can use this trick with any bright dress (stick with shoes OR bag in the same color). If you don’t have either than match the shoes and the bag in nude.  But PLEASE, PLEASE stay away from pairing a brightly colored dress with a black bag and black shoes — way too harsh — it will make you look as if you ran out of money to complete your outfit.  I so often see women wearing beautiful summer dresses paired up with “black shoes” (what a pain!).  Just invest in a pair of flat and high-heeled nudes and you will never regret it.  They will serve you so well for so many years and summers to come.

If the dress was less bright you could match both, shoes and bag in the same color but you should opt for a bag (or shoe) that brings in some sophistication to not end up with a matchy-matchy-drab look.  Let’s address that in another post (also, check out “accessorize” where I match a long dress with interesting shoes and purse in the same color). 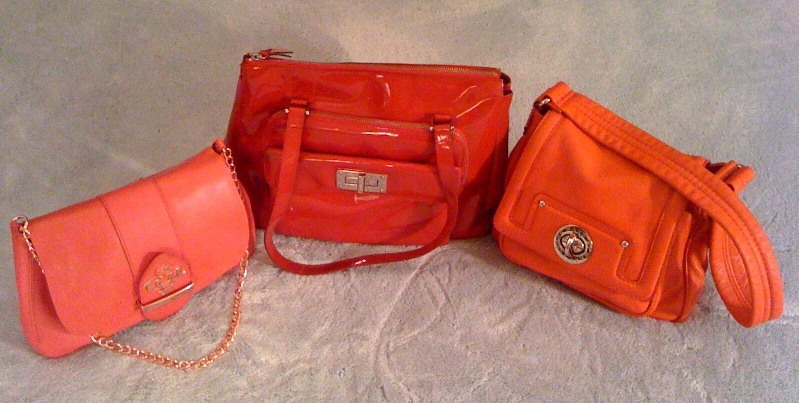